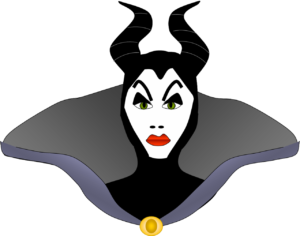 I recently saw a church flyer advertising its curriculum to help members deal with their anger.  The minister quoted Frederick Buechner who called anger one of the seven deadly sins. “To lick your wounds, to smack your lips over grievances long past . . . is a feast fit for a king.” This minister went on to say, “selfish anger is sinful anger.” Were you taught something like this?

Now, I have to tell you that I very much appreciate this minister. She attended to my father during his last few hours of breath and I hold a permanent place for her in my heart.

So with that in mind, I respectfully disagree. Anger is anger. When we feel it, we know something’s wrong. We have an opportunity to respond to that knowing in a way that improves a relationship or changes a policy or protects a child. Anger fuels change, period.

And when have you actually savored feeling angry? Research and clinical experience reveal a moment of clarity and energy that come with the first wave of anger. That part gets us going (hopefully) toward a solution. But if we continue feeling angry, that means we’ve been blocked in our efforts to repair things.

Licking the wounds? Smacking the lips? I have no idea what that is, but it evokes Maleficent or Cruella, the stuff of fairy tales and cartoons. Most of us hate being angry. So-called “grudges” feel awful because it means we’re stuck.

When people use the myth of selfish anger, they really mean one or more of these ideas.

“But I sometimes dwell on what happened two years ago.”

“And I’d much rather feel mad than get depressed,” says “Teri,” who discovered, two years ago, her spouse had been carrying on an affair for the previous three years. And here’s where I have to reference the Emotional Scale, originated by Abraham Hicks. Anger feels better than fear and better than sorrow. It gives Teri a boost of energy that lets her jump up that scale from feeling worthless to mad as hell.

Anger is pivotal: it marks the beginning of awareness, emotional processing, clarity, compassion, and forgiveness. If we deny we’re mad, we make it almost impossible to move up the scale. And if we’re still ruminating on things that happened two years ago, it’s not that we’re sinful or immature; we probably feel hopeless to resolve the issue with whomever hurt us. When you’re stuck in the anger of despair, anger feels way better than hopelessness because it prompts you to act, lean in, try again.

So, what would selfish anger even look like? Genuine anger seeks to protect, resolve, or repair. It holds self-interest beside care for others.

Homework: Think of as many selfish acts as you can and write them down. Share them here. I really want to know what you come up with.