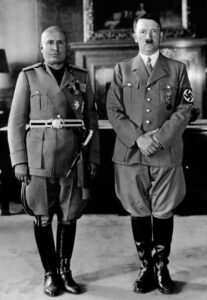 When I look at the global trend toward authoritarianism and fascism, I feel sick. Actually, I feel pissed. Did we learn nothing from the past hundred years? How do the most insecure, least competent, people come into such global power? (For some narrative insight here, I refer to Mary Trump.) Why do the most wounded among us commandeer the highest offices, only to create unrest and suffering for the masses?

In 1976, I steered a grocery cart through the aisles at our local Safeway as my little brother rode in the undercarriage. Our mother picked out the pasta, tomato paste, ground beef, and onions, while our little sister sang a West Side Story medley, flinging the fringe of her pink poncho. Her floral overalls, rolled up to the knees, revealed her striped woolen toe socks and snow boots beneath. It was August in Arkansas.

Our mother placidly shopped while Beckie sang. But one aisle over, a different scene unfolded. Whack! Whack! Whack! We heard it and froze. “You better stop or I’ll give you some more!” Wailing ensued. I felt nauseous and my legs wobbled beneath me. As we rounded the corner, my siblings and I observed the unfortunate boy, trapped in his mother’s metal cart clutching his red thigh, face covered in tears, mouth wide. I both wanted to grab him and run away and beat his mother over the head with my sandal.

We kept following our mother, though I made eye contact with the poor child. And I distinctly recall having this thought: Someday, we will all pay for this.

We Pay Out the Wazoo for Authoritarian Parenting

The thought re-emerged hundreds of times over the next twenty years, in Wal-Marts, at sporting events, in parking lots, at church, and in my childhood home. Wherever I had to witness verbally harsh parenting or corporal punishment, I knew the pandemic of child maltreatment would catch up with us in an obvious way . . . and it has. Children turn into adults. If their parents use them as punching bags for misdirected anger, they carry the traumatic impact forward into those adult lives.

Of course, right? Longitudinal studies establish that children raised by authoritarian parents show worsening behavior problems over time, including substance abuse. And most to the point, kids subjected to harsh parenting often become bullies themselves as they get older (e.g., this 2003 study).

I have countless acquaintances from my youth at Church of Christ school who forcefully disagree with me. I got beat and I turned out fine, they say. But those very people tend to blindly support the bully, whether in the pulpit or the Oval Office. Most people I know who defend corporal punishment also endorse the political candidates who behave the most egregiously by disregarding human worth. Coincidence? I think not. And did they really turn out fine? Refusing to wear a face mask to protect themselves and others? Siding with public figures who blatantly decry scientific progress?

I should probably temper that statement, lest I invite ridicule. But I really believe it’s true. For more detail on this subject, read Ariel Knafo’s article on authoritarians and bullying. Disconnected, dissociative, physically or verbally harsh parenting degrades our communities and our world. Right now, as the U.S. leads the world in cases of COVID-19 and related deaths, and as our nation is more divided than at any time since the Civil War, we pay out the wazoo for generations of bad parenting.

Homework: Answer this question: Have you ever sided with a bully? How did the situation unfold? Think of as many people as you can who support the current U.S. administration (regardless of your own political leanings). How were they parented? How were you parented?