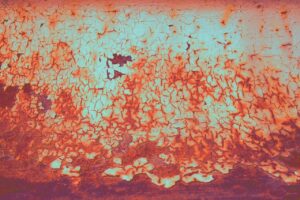 When anger corrodes. Wait, does it?

How can you tell when your anger morphs from a moment of clarity and self-protection to something else entirely? Anger has its destructive side . . . at least Ursula K. Le Guin believes it does. I reserve the right, at the end of this post, to disagree with her and talk about this “corrosive anger” in a different way. Our emotional language fails to describe the ever-shifting currents of feeling. As soon as you call it one thing, it becomes another.

Most of my anger essays coach you to notice it, name it, feel it, and own it. I want you to know that anger is a normal part of being human and that it holds survival value both for you, personally, and in your relationships. But today, I need to say something about the other side of the anger coin.

Are we even still talking about anger? I want to use a different word, like rage, when anger turns to something degrading, because I hate to malign an innocent and automatic emotion. What do you think? When it’s a costume, is it still anger? Or is it a habit of hiding it? Write me with your thoughts.