It Must be My Fault 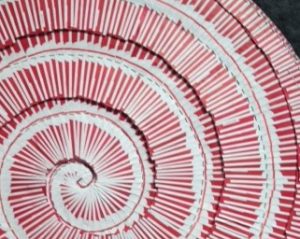 “It Must be My Fault”

Beth gets the guilt like a reflex if anything goes wrong…..Especially if it involves her partner or her kids.

“If Stuart’s in a bad mood, I assume it has something to do with me.”

She feels responsible for her divorce.

“If I had been calmer and less upset, we might have made it.”

Beth blames herself for her ex-husband’s affair, which ultimately led to their divorce. When she talks about this, huge tears form in her eyes. If only I had been less kid-focused, more marriage-focused, he wouldn’t have strayed.

As we explore her history, we find more events for which she believes she is responsible.

As adults, we know she could never have caused her sister’s cancer, but she feels as though she did. Part of Beth’s brain, the part that recorded all the childhood traumas, got stuck in a loop of images, emotions, and body sensations many years ago. In fact, the neuro-cognitive self-blame loop formed before she could even talk……way back when Beth’s young parents were struggling to survive early job loss and financial devastation.

The guilt-and-self-blame loop triggers Beth to drink too much, eat too much, and feel like a failure. Beth needs help rewiring her brain circuitry. EMDR (eye-movement desensitization and reprocessing) therapy does this, literally, by jump-starting conversation between the two hemispheres of the brain. The talk between brain hemispheres actually produces new information.

Imagine the lids from two cans of paint – one red, one white. Now picture someone taking a brush and drawing it across both lids – back and forth, until you see lines of white in the red and lines of red in the white….and soon pink paint!

EMDR works like this…..the new information, like the pink paint created in this illustration, triggers neurons (brain cells) to communicate with each other in a different way. New working groups of neurons form. These new neuron groups change the very route through which both old and new information travels, allowing it to produce new meaning and emotion as it picks up new data along its new route through the nervous system.

That new information leads to an emotional change – the ability to feel the truth in what our adult brains know to be true:

When I see this process unfolding in my clients, I watch them calm down. I watch them acquire new, imaginative ideas, parent more effectively, and become more spiritually centered.

Call me to find out more about EMDR therapy, calming down, and letting go of guilt.