What’s Your Spiritual Story? (And why it matters to your life.) 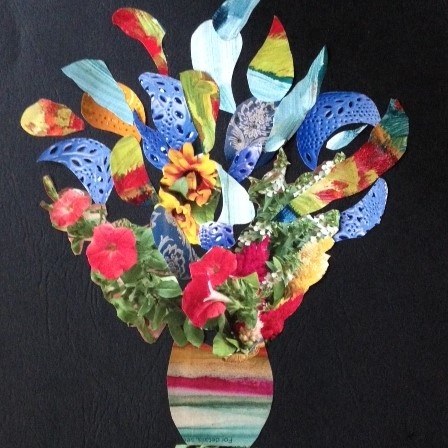 I purged my childhood belief system and started over. I ran to psychology. It explained everything, including all those simple minds who still drank the Kool-Aid.

Near the end of the purging process, I said to a wise friend, “I am an atheist.”

He just smiled. My friend was a retired Methodist minister, now BuddhistUniversalistQuaker…….Learner.

“Why not?” I sat there, hugely pregnant with my son. We were talking about how to raise a boy and I was crying because I already loved this boy so much I couldn’t help it.

My wise friend was right. Now, I ask every client: What’s Your Spiritual Story?

Many tell me they were raised in a faith tradition and still think of themselves in it. Some tell me they have no spiritual story, no higher power, no faith. Others tell me they’re “Jewish,” or “Christian,” or “Buddhist,” but not sure why.

And some say they’ve disembarked the mother ship of their childhood religion. They’ve bailed with just the clothing on their backs and grabbed whatever they could find to use as a flotation device and paddled to shore with all their might.

……Which tells me a lot about a person.

They’ve either been mistreated in a religion – or outgrown it – or both. Maybe they’ve sworn off organized faith for good.

……Which is often necessary to purge out the old and the false and leave clean space for something joyful and true.

In my novel, Wife Material, this purge had to happen for Elizabeth Campbell. She became too smart, too conscious, too alive to keep her growing brain compressed inside the tiny tin her childhood religion had given her. She paid a toll for disembarking, taking her brain out of its small case, and walking around in the wider world. But she knew to stay inside meant death to her spirit.

Why does my Spiritual Story matter to my life?

Because having a sense of Divine Energy helps us to hold the ginormous complexity and beauty of life and to recover from the trauma that infuses it.

Huston Smith, a celebrated theologian, writes that without a sense of the Divine, we cannot grapple with the question of, Why am I here? Or, What really matters? In trauma therapy, these questions lurk around every corner. To heal from being mistreated by our parents, for example, we have to find secure footing on some other ledge besides our family. To heal from the core belief, I Don’t Matter, requires a sense of a bigger picture, one in which we were made to be here for some important reason. To recover from decades of thinking It’s My Fault: I Am a Bad Person, calls for a higher power who watches us because we are worthy of being watched.

Contact me if you’d like to talk more about your spiritual story and how it matters in your life right now.