Woman-Hate and Somebody else’s PTSD

The Political is Personal for Every Woman

My woman clients said, this week feels scary, out-of-control. Sunday evening, I had heartburn like sawdust in my throat, before, during, and after the presidential debate. When I tried to sleep, my guts roiled.

I usually try to keep politics (mostly) out of my blog, so it took me all week to write this. When several woman friends told me they had migraines or were up all night after watching the debate, I decided, it’s time to stop censoring myself and just tell you what I see.

I came to graduate school at 23, fresh out of conservative Christian college, groomed to be an obedient wife. My professor handed me Carol Hanisch’s 1970 essay, “The Personal is Political,” and it turned me upside down. I still sort of blamed myself for not being sweet enough. Hanisch wrote that those impossible standards for our looks and behavior – and the rampant violence against women – were not about us as individuals. She said women’s problems were deeply systemic. I thought a drug addiction and an unwanted pregnancy were a woman’s own fault. Hanisch said, in effect, that woman is all of us.

Hanisch believed we should stop blaming ourselves for these problems and start talking publicly about our real lives.

We recoil from the morbidly obese woman; we shake our heads at the woman who loses her children to a state protection agency. But deep inside we fear becoming like them. What separates me from her? Maybe an understanding grandmother. A college education. Not being prostituted as a young girl. We know this. But we absorb the loathing (fear) for women and women’s problems from the larger culture. Then we see it in our sisters. We see it in a sister who has the audacity to run for president.

We need to forgive ourselves for not fitting a mold manufactured from somebody else’s PTSD.

I forgive me and every woman.

Our guilt and body hate, fears of being alone, dread of growing old, revulsion at women who act too masculine . . . all come from the traumatic attachment processes of countless powerful patriarchs over the centuries.

Those so-called “locker-room” comments (an endorsement of rape culture) have their roots in early childhood attachment trauma. This Frontline episode explains much of the early trauma that created Donald Trump’s woman-hate. See if you can detect how unmet need for secure attachment leads to womanizing and a desperate bid to possess and control female energy.

It’s not about us.

If we see how someone else’s trauma drives the misogyny in our culture, we forgive ourselves for weighing more than 120 pounds. If we trace the history of boys’ early childhood attachment trauma through the generations that lead to masses of men supporting Donald Trump, we let ourselves off the hook for being real humans with need. And if we see Donald and his men as desperate baby boys who did not get their needs met, we can support our sisters (including Hillary Clinton) instead of criticize them for being too much whatever. 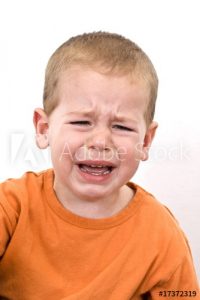 Remember that all those traumatized, woman-suppressing patriarchs were once little boys raised to deny their emotions and hide their need for mothering. They had no choice. But we have choices about how much of their rhetoric we buy. We have choices about how we treat each other. Choices about how we spend our money and judge our bodies and judge the bodies of women around us. We can raise our boys with nurturing. We can listen to our girls. We can meditate for Donald Trump and all the other traumatized patriarchs out there who starved for unconditional love.