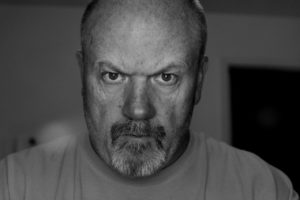 So here’s where anger gets really complicated. Not only do we dissociate in response to anger triggers when we fear being angry . . . we numb our anger based on heavy grooming that starts as soon as we’re born.

“I watched my mom deal with those kinds of guys,” David says, and he tells about how his father drank heavily and raged at his mother; how she hid in the bathroom and cried. He saw this pattern of narcissism and explosive anger in masculine images his entire youth and into adulthood and now he mistrusts his own anger. Coaches yelling, stepfathers breaking dishes, abusive men on TV, beating children and each other . . . everywhere he looked, men behaved badly with their anger.

“I’d rather just let her win.” David fears his defensive feelings when he argues with his wife. So, he withdraws. His wife begs, please share more of yourself with me. He tries, but it feels too risky. What if his resentment over feeling controlled starts to spill out? What if he says something he can never take back and then she cries in the bathroom for the next ten years? “That would kill me,” he says.

David’s anger grooming started when he was a toddler and his father became depressed. He believes angry men lose control, do dangerous things, say things that wound us permanently. Don’t be like your dad.

Anger grooming teaches us to enact our emotion in a particular way, or AVOID enacting anger at all. No one wants to be . . .

So we get stoic instead, or blame ourselves, or develop chronic pain. Anger grooming happens via cultural images, kind of like stereotypes that limit our perceptions of real experience. Cultural images scare us; they shrink possibilities and take our awareness out of the present moment in all its complexity. Anger gets twisted up with cultural images all the time, especially where race, gender, and class are concerned. Don’t be angry.

David contains his anger. He’s has chronic back pain. He’d like to tell everyone how he really feels, especially his father, who now seems lonely and pathetic in a wheelchair with an amputated leg. “I don’t want to hurt him,” he says.

Groomed to feel angry only with himself, David has panic attacks instead of talking to his dad. He needs a way to process childhood trauma and reclaim a natural anger response.

Homework question: How should David deal with his anger at his dad? What do you wish you could say to someone?