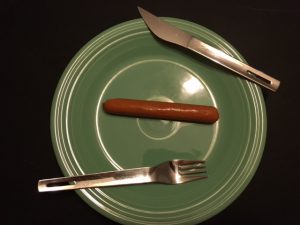 I talk with so many of you in shock and grief about our presidential election. You feel assaulted. You fear saying how raw and threatening it feels, how sick you are.

My throat started burning Tuesday night as I watched the returns, even though I was surrounded by a community of love and support. By midnight, I ran a fever, my head clogged. One friend had a migraine. Another friend’s pregnancy was threatened. The mother of a close friend died suddenly last night. Our bodies took the impact of this unfolding news story as if we were literally being assaulted with fists and clubs.

. . . Just before voting, my mind distracted with worry about a predator poised to take over the White House,  I fell down the stairs and banged up both legs so they swelled up like giant sausages . . . An unappetizing segue to what I want to say today.

“I hate the victim mentality.”

“I don’t want to play the victim.”

Where did we get this?

When I was 11, my paternal grandfather flashed his big, red penis at me.

He stepped in front of the TV as I was watching The Price is Right, and he unzipped his polyester jumpsuit and yanked it out. He laughed. I bolted, ran with bare feet through my grandparents’ house, out the back door, over the rocks in the yard to my grandmother. I cried and spluttered and she interpreted me, exactly. She knew, before I could even get the words out.

We called my dad, who thankfully drove three hours in a flash to be with me. He said, ‘Don’t tell your mother. She could lose the baby.’ I didn’t tell her. In fact, I told no one for several years, until I learned that others in my family had experienced harassment and abuse by this patriarch. Somehow my cousins and I came clean with each other. We needed to validate the disgust and shame and fear we felt.

But I thought, “I’m not really a victim. I’m fine. Other people have worse experiences. I don’t need to tell my mother.”

I cringed, silently, at sausages and hot dogs until sometime in college.

I was a victim.

The Sanctity of Victimhood

If you get flashed by your grandfather . . .

If someone tells you not to be upset, not to think about it, not to notice the impact of this election on your body . . .

If you get grabbed in the crotch by an acquaintance . . .

If your nationality or racial identity gets demeaned . . .

If you get told you need bigger breasts . . .

YOU ARE A VICTIM.

You’ve been victimized and are, thus, a victim. Even if it was your husband who told you to get breast augmentation. Where did we ever get the idea that being angry, grieving out loud, voicing our shock and dismay means we’re playing a role? How did the notion that a victim should act like a non-victim get started in the first place?

The concept of Victim Mentality originated with people afraid of emotions, afraid of taking responsibility, afraid of hearing your pain. “Victim Mentality” came along to silence you. It came from patriarchy . . . a social system that rewards unfeeling, cold, ruthless policies that steamroller those with less power: women, children, people of color, people with disabilities, Jews, other non-Christians, and people with any sort of status that makes them “other.” “Don’t be a victim,” came from people who believe in false memory syndrome, people who refuse to make amends, who blame you for getting hurt.

If you experience abuse, you are a victim. And if you cry and scream and write angry words, the world is better because you share your truth. If you feel victimized by this election, you’re in good company.