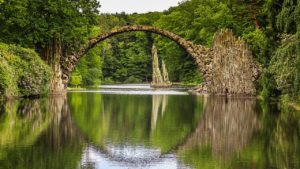 The heart wants to forgive.

No matter the offense or the offender, we desire the release of letting it go. Our need to forgive is universal and I believe clear, grounded anger bridges us from hurt to forgiveness. In other words, when we feel angry with the other, we truly step into relationship. Then we change things.

What does it mean to forgive? Do I have to rid myself of all anger? Many people think forgiveness means releasing anger toward someone who has wronged you, as in, “I’m not going to be angry anymore.” Have you ever tried to just “not be angry?” Yeah, good luck with that. This essay, by Thomas Zimmerman, on EMDR speaks poetically to why forced forgiveness just doesn’t work. Cultures abound with various definitions (and misunderstandings) of both anger and forgiveness, and those who push the idea of deliberate forgiveness often have ulterior motives for doing so. We get a lot of pressure to “leave it in the past” before we can actually do that.

And yet, our brains appear wired for forgiveness: we seek healing and connection.

Forcing forgiveness vs. Letting it happen

Many of my clients come in with a history of childhood maltreatment by a parent: abuse, neglect, or some other kind of attachment trauma. Most say they have no anger toward these parents but they do have panic attacks, depression, or a feeling of not being good enough. This state of blockage represents holding on to the trauma, but the client has no idea they’re holding it; kind of like a clogged pipe full of debris that you can’t see.

Then, through EMDR, they move from that blocked starting point, into anger. The anger feels intense and maybe frightening. But that anger eventually gives way and they move into sadness and grief. The true sadness, different from the old depression, allows them to mourn the losses their very young selves experienced. After the grief comes a kind of peace and understanding.

Notice the arc of that emotion. Panic/Depression into Fear into Anger into Sadness/Grief into Calm. Once anger is allowed, we notice how those inadequate parents or mean colleagues were once tiny children who went through something devastating. We can’t be there until we get there, but when we get there, everything changes.

Anger creates a bridge for the processing of two kinds of information: the logical/rational and the emotional. Anger helps unwind old trauma memory that gets tied in knots with our over-thinking. Forgiveness happens on its own, on the other side of the passageway. When we try to force ourselves into some imagined version of forgiveness or “un-angry,” all emotion gets blocked and trauma remains intact, undigested, unprocessed, stuck. But the anger flare provides enough heat to move the old information (the offense) over the bridge and through the system.

Homework: Think of a person with whom you’re angry. Write about why you’re angry. Let yourself feel it in your body. Then put down your notebook and go for a walk. Notice anything that happens on your walk.